This is my second comic book counting "Pdcr La firma" which is in Newgrounds.

Deerblood is a short story that came to my mind while I was sleeping around october 2021, I really liked the idea. I don't think anyone has ever done anything like this. If I like it a lot I'll probably make the second part, since I have it in prototype :P

Ty a lot to the betatesters and my friends !!!

What is Pdcs and Pdcr ?

It's a world I've been creating since 2018 from 0, it has a furry/fantasy/futuristic/medieval theme

I have created 3 branches, I've created 3 different histories that cross between them, they go by various seasons i named this Pdcs

1-Garrys's history: Garrys is a half-human demon, his best friend a female dragon named Gila and others characters

2-Naoko's history: In the past she was a sentinel of a Fox temple where a locked portal was guarded, one day her roads and Garry's crossed and entered

a world closed since eons trapped in the feudal medieval, now she together with Wolvar and her eternal bodyguard called Bahou-ren will travel an ancient path of her

ancestor, an ethnicity that will bring peace and respect back again to this world full of wounds and contempt that are still present since centuries.

3-Diego's history: Diego is a human police's deputy at the east side of the mega city called Prastonia filled with corruption and mafias, he with a cheetah novice

police agent called Chiara, together will investigate and act toward the dirty rags of this mega city, unmasking the great politic and mediatic figures.

There is also histories in between such as "La cruel", "The green plague crown" or "The horror rails" which are mean to be a comic or film.

there are the human version and the Panda ver 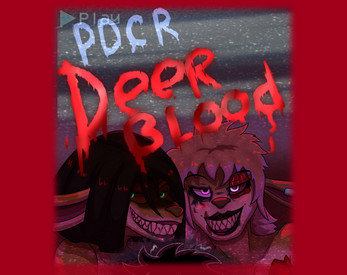